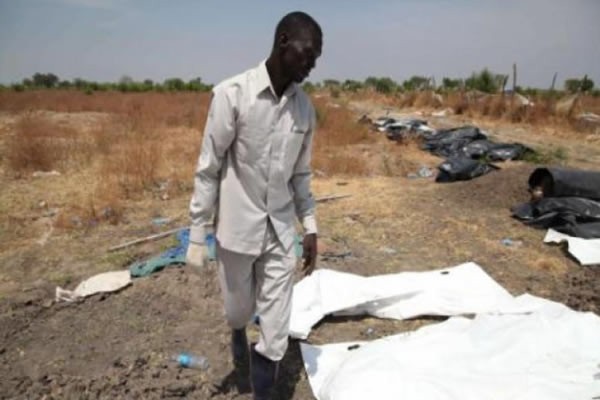 This is the second report of our series, The Cost of Boko Haram War

Nneka Nwokolo last saw her brother, Felix Nwokolo, a Corporal in the Nigerian Army, alive in 2013 when she visited him at the Maxwell Khobe Barracks, Rukuba, Plateau State in North central Nigeria.

That was before he was deployed to Maimalari Cantonment, the headquarters of the 7 Division of the Nigerian Army, Maiduguri, Borno state.

But Felix has vanished into thin air since early 2014 and the search for the young soldier has completely disrupted the life of his sister.

Today, she lives her life shuttling between three cities –  Enugu in the South east, Abuja, the Nigerian capital and Borno, in the terrorist – ravaged North east.

An indigene of Enugu State, Nneka is now a frequent visitor at the Defence House and the Army Headquarters in Abuja as well as militaryfacilities in Borno State as she battles to get the real story of what happened to her brother.

Felix is one of many missing Nigerian soldiers who remain unaccounted for, casualty of the war against Boko Haram insurgents.

By one estimate, nearly 100 Nigerian soldiers have been missing in action and unaccounted for for in the last two years, while 574 have been killed.

Ibrahim Kudu is also a Corporal serving in Maiduguri, Borno. He showed IQ4News a clip in which was a soldier’s half-cut arm. “That is Felix’ arm. We know because he always wore this Christian thing on his hand. I was lucky, I missed that operation because a day before I fell and broke my leg so I was no use,” he told our reporter.

Kudu’s contention, and by extension the army’s, is that Francis was killed in battle and that only pieces of his body were recovered.

But Nneka simply refuses to agree, demanding to see his corpse.

“Brother Felix is not dead, I want to see his corpse, he is our all,” she said in tears.

There are several people like Nneka, family members of soldiers who have effectively gone missing while serving in the Nigerian Amy and these people are coming together to ask questions and force military authorities to provide answers.

“We know our relatives have been tortured and killed by Boko Haram. We have found each other in pain, and we  will fight for justice,” said Adebimpe Fadare, mother of a missing soldier.

Adamu Attahiru is a member of the local youth vigilante group popularly called Civilian JTF in Maiduguri and he told our reporter that when the Boko Haram hostilities became tough last year, several soldiers were killed and many others abducted by the insurgents.

Often, he disclosed, the bodies of soldiers killed were so badly mutilated that one could barely recognise them and they were buried in mass graves by the insurgents.

Attahiru knows because his brother, a soldier, disappeared last year and has not been seen till date.

“I used to go to the army base to see if my brother was alive. I went back every day. I received threats. I kept going. But no news,” he said.

“I have not given up hope. We try to get ourselves organised because there are many of us. But it is not easy, we all have gory stories to tell, especially of neglect by the Nigerian army,” he added despondently.

Recently a mass grave was discovered after the army raided a Boko Haram camp. To the shock of the soldiers almost all the bodies in the grave were in Nigerian military gear. After the bodies were exhumed, it was hoped that DNA tests would be carried out on them to determine their identity.

A local source who was part of the exhumation exercise said that he heard that some of the soldiers in one of the grave were from Kur Mohammed Barracks in Bama, Borno State.

Fadare, whose son has been missing for over a year, said that his colleagues confirmed that on more than two occasions mass graves were discovered by Nigerian troops and apart from civilians, soldiers were part of the very decomposed bodies found in them.

She said that she is not aware of any effort in getting the identity of the soldiers.

“We were told by a team from Abuja that we would be informed, but its over six months now,” she added.

Binta Maina, like Fadare, is also a grieving mother. Her only son, Abu, a Corporal, has been missing since his battalion was ambushed in Yobe State last year.

Speaking to the sad looking woman, it was obvious that she was at her wit’s end.

“We hired a lawyer and have spent so much. I am from Kaduna State and Mama (referring to Fadare) has been our strength, she has been in Borno with us for almost eight months, as we battle the army, asking questions and looking for answers,” Maina said.

Her hopes were once raised that she would at least get her son’s body when she was told that his body had been found but that hope has since been dashed, leaving her even more despondent.

“Indeed, a senior army office told me that they found Abu’s body but some paperwork needs to be done and his body released, but this is six months and still counting”, she narrated tearfully.

Our investigations show that, indeed, the military has discovered the bodies of many Nigerian soldiers in mass graves, victims of Boko Haram’s mindless killing sprees. Three such graves were shown to our reporter in Bulabulin, Aljajeri, and Nganaram areas of Borno State. One of the mass graves

However, even with the discovery of such bodies, bureaucracy and an apparent lack of capacity on the part of military authorities to determine the identities of the bodies, pose a huge problem.

The director, Army Public Relations, Olajide Laleye, a Brigadier General, explained to IQ4News the difficulty faced by the military in the matter.

“It is always difficult in these matters. Like Bassey Anderson, a sergeant who left his base and went to drink with his colleagues, he simply disappeared, and we have not seen the body and cannot properly place his status.”

“We cannot say that his body is one of the badly mutilated and decomposing ones we got, and we do not have the science of DNA yet,” he added.

“It is a lie, my husband does not drink. I do not know what happened to my husband. I know he was in Potiskum, Yobe at the makeshift camp they set up for them.”

“My husband could not just disappear. We want to know the truth. I want to know if he is alive or not. It is impossible to keep living this way,” she added.

“Everyday I tell our kids, daddy would soon come back. Sadly, the army is not helping us I cannot return to Uyo.”

The issue of human rights violations by Nigerian troops, particularly in the war against insurgents in the North east, has been well documented and extensively reported by the media.

However, even though such reports contain human right abuses and killings by Boko Haram insurgents, there is really no focus on the rights and sufferings of the soldier.

Who defends the rights of the Nigerian soldier, who is not even allowed to complain or disobey life orders even at the threat to his own life?

A security expert, Max Gbanite, believes that the war against insurgency is a two way thing and adds that , sadly, the Nigerian military is looking at just conquering Boko Haram, at the expense of its men.

“Soldiers are dying and missing, there is at best a poor mechanism to account for its men, at worse, none.”

While observing that the military is quick to take its men to court marshals with alacrity for alleged disobedience and mutiny, Gbanite wondered who would investigate the army for its shabby handling of the lives of its own men.

Recently, the army revealed that it was establishing an Identification Center to store biometrics and other identity specimen of personnel to help in the recognition of men and officers when need arises.

In a document seen by IQ4News, the ID Centre which was to be located at the Mogadishu Barracks in Abuja seems like an acceptance of guilt, as the army expressed dismay that “its officer die and are declared missing because of lack of a proper identity mechanism.”

“There is need to appropriately recognise and in many cases honour these men, rather than the current situation where individual corpses could not be identified therefore resulting in mass burial, robbing bereaved relatives the honour and satisfaction of seeing their loved ones a last time and leaving room for administrative anomalies embedded in lies and intrigues,” he document read in part.

So far, according to the Nigeria Security Tracker, NST, a project of the Council on Foreign Relations’ Africa program,about 574 soldiers have been killed and some 76 are missing and remain unaccounted for.

But the military insists that it tries its best to protect the rights and welfare of its men whether alive or dead.

In defence of the military, the Director Defence Information, DDI, Chris Olukolade, a Major General, gave an example:

“I was part of the condolence team that visited the family of late Flight Lt Akweke Nwakile who paid the price in a helicopter crash in Bama. “We gave him full military honours at the National Military Cemetery. For us, the army takes serious measures for its lost ones. Even Nwalike was promoted posthumously,” he stated.

General Bitrus Kwaji, who is in charge of the Nigerian Welfare Limited/Guaranteed also said that the army is doing all it can to take care of the families of lost soldiers.

“We are doing our best. Once we have all the data, we pay out cheques to their next of kin.”

But for the family members of many missing soldiers, the issue of payment of entitlements does not even arise as the military has still not discovered what happened to them, thus categorising them as “missing in action.”