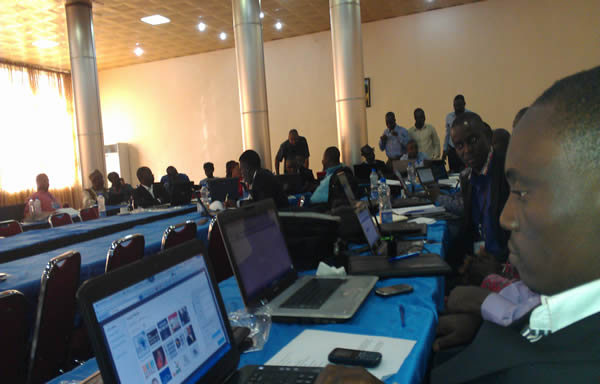 The International Centre for Investigative Reporting, ICIR, has kicked-off its two-year training programme for 40 investigative journalists from across various newsrooms in the country.

The first phase of the training which began on Tuesday in Abuja and would last three days, will focus on data journalism and how it can be used for effective investigative work.

Veteran journalist and columnist, Mohammed Haruna, while delivering the keynote address at the opening ceremony of the training stressed that is was the duty of the media to make government accountable to the people.

Haruna who went down memory lane to trace the history of the mass media in Nigeria, observed that although the newsroom had evolved progressively over time, the standards were declining.

He lamented that the influx of unqualified persons in the profession has given rise to poorly reported stories and half-baked journalists.

The keynote speaker said in order for journalists to carry out their task of holding government accountable as it is empowered to do by the constitution, they must be prove to be knowledgeable and on top of their game.

In his comments, chairman of the ICIR board Etim Anim, a professor of Mass Communication at the Cross River University of Technology, Calabar, said that the centre was “setting a new trail in the training of investigative journalists in Nigeria”.

Anim said it was important for investigative journalists in the country to be well equipped with modern reporting tools required for effectiveness, including how to protect themselves from harm while on the field.

Earlier, the executive director of the ICIR, Dayo Aiyetan, said that the training would expose the journalists to the intricacies involved in investigative journalism.

He said the training initiative was born out of the need to provide a platform where investigative journalists in the country can interface to do critical reports that would hold government accountable.

“It is easy to find out about figures, but the skills, tools and the technical know how is not there to embark on such mission. We can simply use our computers or any software to find out whatever we want to investigate or unravel,” he said.

The training is funded by Ford Foundation and is part of a project that would also fund investigative reporting stories across newsrooms in the country.