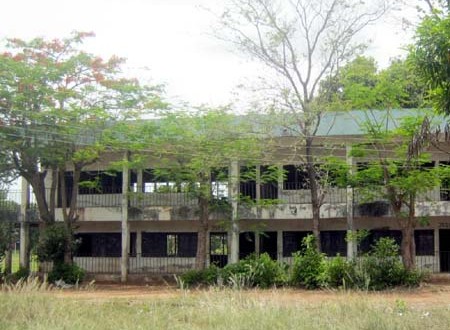 Assistant Editor SEUN AKIOYE and SAMUEL MALIK in this joint investigation, report on the activities of some self-acclaimed prívate universities whose legality has been questioned by the National Universities Commission (NUC).

In the prosecution dock at the Federal High Court, Akure, Ondo State, stood Dr. Martins Olurankise. Standing opposite him was Ayobami Blessing, witness-in-chief in a case  Justice I.M. Sani heard on February 10, 2014.  Olurankise and Blessing were fairly familiar with each other; the former as a vice-chancellor and the latter as a student. Now they found themselves at opposite ends of the law.

Eight years earlier, Olurankise was living in dreamland as the Vice-Chancellor of the Akure Campus of Open International University, Sri Lanka. The institution had more than 2,000 students registered for various courses.

Open International University Colombo Sri-Lanka, Akure Campus, was not any other university. Its admission process was not cumbersome. You did not need the Joint Admissions and Matriculation Board Examination (JAMB) to secure admission into it. All you needed was to pass the special entrance examination of the school, pay the required fees and you would become a student. What is more, you would be given a degree certificate from a foreign university. The prospects were simply too enticing to resist.

Blessing thought she had been blessed after passing the school’s entrance examination and meeting other entry requirements. She was admitted to study for a degree programme in Nursing and Midwifery.

Blessing told the court: “I met the requirements and admission was given. The admission letter showed the name of the school, the course offered and the signature of the Vice Chancellor, which helped to convince me that the school was authentic.”

The fees, she explained to the court, were classified as tuition and miscellaneous fees for the 2006/2007 academic session.

The school opened and classes resumed, with students studying courses like Medicine, Pharmacy and Nursing.

The next session, Blessing paid N5,000 as part of the tuition fee and got a receipt. She paid another N15,000 which was also receipted.

In 2008, however, Blessing’s dream of continuing her studies in the school crashed. The institution was invaded by operatives of the Independent Corrupt Practices and other related offences Commission (ICPC), accompanied by officials of the National Universities Commission (NUC).

The agencies were acting on a petition addressed to the NUC by the Ondo State Ministry of Health, to which the institution had written that it was running academic programmes in Pharmacy, Medicine and Midwifery.

Olurankise had written to the Ondo State Ministry of Health, introducing his school and the courses it offered, including B.Sc in Medicine, Pharmacy, Nursing and others. It was in a bid to request that the ministry should offer students of his university opportunities for practical training in health facilities in local government areas in the state. Olurankise successfully placed some of his students at medical facilities operated by Akoko South West Local Government Area.

But that was as good as it got. He was arrested by operatives of EFCC and the institution was shut down. One year later, Olurankise appeared before the Federal High Court to face allegations related to fraudulently obtaining money from unsuspecting students.

In addition to this, many candidates are denied admission because they lack basic requirements, notable among which are earning a certain number of credit passes in the West African Examinations Council (WAEC) examination required for university admission and scoring the required marks in the highly competitive Joint Admissions and Matriculation Board (JAMB) examination.

But a disturbing, albeit recurring decimal, has been the number of students who are qualified for admission but are unable to get places because of shortfall in admission slots. Recent figures from the NUC indicate that the country has 142 universities. Of these, 41 are Federal Government-owned, 40 are owned by state governments, while 61 are privately-owned.

The total number of universities, many experts believe, i