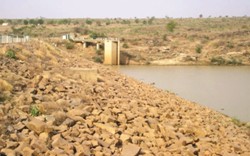 The private firm handling the 40megawatts (mw) Dadin Kowa Hydro Electric Power Project (HEPP) in Yamaltu Deba local government area of Gombe State said the project is on course and will be ready for commissioning in the first quarter of 2016.With a capacity of 34 to 40megawatts (mw), Daily Trust reports that the hydropower dam built across the River Gongola is capable of electrifying Gombe and neighbouring states through an embedded generation platform with the Jos Electricity Distribution Company (JEDC). That could see more industries including the known Ashaka Cement boosting productivity in the economic hub of North East Nigeria.However, fresh facts have emerged on the project’s status following the report. The investing firm, Mabon Limited, an indigenous company said it has an agreement with the Federal Government to Build, Operate and Transfer (BOT) the facility within 25years after completion.Mabon expressed worries over the delay on the part of the federal government to activate its Power Purchase Agreement (PPA) saying negotiations are on-going. “Three (3) numbers of the Power Purchase Agreement (PPA) were prepared between Mabon Ltd and the Federal Government of Nigeria in 2003, 2007 and 2011 but not executed due to reforms in the power industry,” it disclosed.The handlers said on completion and commissioning of the 2 x 20mw turbines in 2016 when all power evacuation and transmission facilities would have been in place, power is expected to be generated in an ‘Embedded’ capacity probably through the Jos Distribution company (Disco), an initiative which NERC had since encouraged other Discos to source for. This will be the first of a two embedded generation prospect for the Disco as neighbouring Bauchi State also obtained a licence in 2014 to build the indigenous 35mw Yankari Power Plant to supply electricity in the coverage area, with viability for upgrading it up to 120mw.Daily Trust reported that, members of the host community have anxiously anticipated the project’s completion and subsequent energising of the plant, just as they look forward in their pride to hosting a working hydro power plant like the Kainji community in Niger State.Speaking to Daily Trust at the weekend in Abuja, the Project Manager, Engr. Emeka Nwugo said “In 2002, Mabon Limited won the concession to develop the hydroelectric power plant at Dadin Kowa through an open competitive bidding process and embarked on a Build Operate and Transfer (BOT) basis.“Then Federal Ministry of Water Resources and Upper Benue River Basin Development Authority (UBRBDA) entered into a twenty five (25) year Lease Agreement with Mabon Limited in 2005, for the use of the dam at Dadin Kowa, on the Gongola River,” he explained.Mabon said the project term was to single-handedly rehabilitate the power component which was waterlogged; they were also to build a coffer dam, install the two-unit turbines, build an evacuation switchyard and construct a 330/132KV transmission line to connect the plant to the national grid in Gombe town.It said although the other part of the dam was serving for irrigation, the power component was to fallow even after the dam was built over two decades and that “consequently, Mabon took over the project site in 2005, and since then has completed some major projects in the power house and surroundings.”Making available copies of vital documents to Daily Trust, Mabon said it has reached over 70 percent completion stage and has a timelime flowchart of commissioning the two-unit turbines in the first quarter of 2016 barring any change or force majeure on the project.The Transmission Company of Nigeria (TCN) approved the design, drawing, equipment and construction of the transmission lines in separate letters written in March and May, 2014 and signed by the TCN’s General Manager, Design and Construction Engr. M.C. Ezedeunna.“Attached are two set of the approved document. You may wish to proceed with construction,” one of the letters read in part.In another document, Mabon said it obtained a five-year Generation Licence Certificate from the Nigerian Electricity Regulatory Commission (NERC) to commence generation by December 2016 till its expiration by December 2021.Although the Federal Ministry of Power has been reportedly saying it is conducting feasibility studies for Dadin Kowa and other small hydroelectric dams, Mabon said it completed the feasibility studies for Dadin Kowa HEPP with detailed studies and analyses of Hydrological data spanning 25 years since 2002 before it commenced practical works on the site. Engr. Nwugo also noted that it took several procedures to clear the decades-long abandoned site by evacuating flood water from the Power House, daily dewatering of Turbine pit and generator area; cleaning the Power House Silt.“We then continued with some studies including the Environmental Impact Assessment (EIA), Location and Power Evacuation. We also constructed an access road to power house and five staff quarters and then commissioned a 250KVA Generator for equipment test,” he said. According to the Site Manager, Jasmine Jayaharan, the site engineers from the Hydrochina Huadong Engineering Corporation have been on ground till December when they vacated. But then, “we had finished draining the water and we can access the power house now. We have laid the foundation for the switchyard while testing the various fittings we our installed 250KVA Power Generator.“Officials of the Ministries of Water Resources and Power were at our site last year to assess our work progress which saw to the approval of the coffer dam we built to channel excess water downstream,” Jasmine said.Referring to other pacts other than generation licence, Mabon it has an agreement with TCN on Power Evacuation, Cooperation Agreement for Transmission Right of Way.