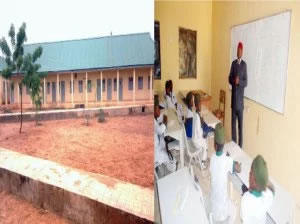 Four years after the launch of Almajiri Schools by the federal government, LEADERSHIP Weekend presented a special report on the state of the schools last week. In continuation, AGBO-PAUL AUGUSTINE (Abuja) reports part two.

From the records available to LEADERSHIP Weekend, it cost the federal government over N191 million to build three of the nine schools as records of the remaining six were not made available by UBEC.

When approached for comments on its contribution to the projects in Kano State, the State Universal Basic Education officials declined comments on the matter even as none of the finished schools has ever seen academic activities since completion.

Findings by LEADERSHIP Weekend revealed that the reluctance of the Kano State government to open the Model Almajiri primary schools for enrolment may have contributed to the army of Almajiris that adorn the ancient city of Kano.

When LEADERSHIP Weekend visited Warawa town in Warawa LGA, there were big structures of a model Almajiri School which residents say is a boarding primary school.

But after a tour of the completed school, it was revealed that the facility is only awaiting the state government’s instruction to open for the Almajiris.

Other schools visited are in the towns of Dandinshe, Garo, Harbau which are adjacent to Kano city. Almost all the Almajiri Model schools in Kano State are ready to take in pupils for studies.

Months after the federal government completed the building of Tsangaya Model primary schools in Katsina State, the schools have not commenced full operation.

TETFund built Almajiri schools in Katsina, Daura, Danmusa, Dutsinma and Funtua LGAs in the state. About eight of such schools exist in Katsina State with most of them completed.

According to a recent headcount, it is estimated that there are about 462,212 Almajiris in Katsina State while their tutors number about 22,572 across the 34 LGAs of the state.

The Almajiris are found in a total of 8,365 religious institutions with 3,032 of such institutions in Katsina zone alone, while Funtua and Daura have 2,689 and 2,653 respectively, prompting views that the establishment and eventual take-off of the schools will no doubt help reduce the menace of street begging in the state.

Findings by LEADERSHIP Weekend indicate that only that of Katsina, Funtua and Daura incidentally, the three major cities in the state, have begun what could mildly be referred to as academic activities.

In Dutsinma town, the headquarters of Dutsinma LGA where one of the schools is located, there are many Almajiris but the school has been under lock and key since its completion many months ago. The same scenario played out in other places where such schools existed.

It is observed that only the Katsina schools have virtually all the needed requirements for the effective functioning of the system.

In Daura, the school is located at low cost area of the municipal with an enrolment of 230 comprising 130 males and 100 females –all female pupils attend school from home.

The school’s facilities are under-utilised as, according to some staff of the school who spoke on the condition of anonymity, the computer lab is “just there without the pupils patronising it because there is no computer teacher”.

Most facilities in the schools visited are left idle and underutilised leaving many residents to worry about the investment rotting away.

Liman Abdurrahman Funtua, the proprietor of the Almajiri model primary school in Funtua with over five hundred pupils told LEADERSHIP Weekend that although the policy was laudable, there are clear signs that “government did not plan well for the schools”.

He confirmed that the Funtua School got five computers and text books on Arithmetic, Basic Science and others from the forerunners of the programme in line with plans to incorporate western education into the Almajiri schools.

“The government said it wants to incorporate western education hence the decision to bring these text books but as I speak to you, funds are not made available even as there are no provision for the employment of teachers who will teach these subjects,” he lamented.

Funtua confirmed that the computers and the text books are left unused for lack of teachers, adding that “If government is serious about it, then it has to either compel the council area or the state government to provide us teachers”.

The situation in Katsina State has forced former pupils of primary schools to come back and teach subjects like English Language, Social Studies and Arithmetic on a volunteer basis for lack of teachers.

Attempts by LEADERSHIP Weekend to speak to the authorities of Katsina SUBEB were fruitless as officials were not willing to speak on the matter. They claimed Almajiri Model Schools is a federal government issue and not a state matter.

Jigawa: Number of schools too small to accommodate pupils

With only 500 pupil intake in a year, Jigawa Almajiri Schools are struggling to manage the army of urchins that parade the streets of cities and villages in the state.

The state presently has 50 of various categories of Tsangaya model schools which are managed and run jointly by the federal, state and local governments.

It was learnt that the state intervention had produced 27 Tsangaya schools which are referred to as the Tsangaya Model III, and are directly supported by the state government alone in the 27 local government areas of the state.

Under the Model III, the state selects one existing Tsangaya in each LGA, after entering into an agreement with a proprietor who is also the tutor (Alaram) The government then builds two classrooms at a site of his choice and places him on a monthly allowance.

The Tsangaya Model II is an intervention of federal agency, UBEC, and there are 16 of this type across the state. Under this model, the existing Tsangaya are also selected and build two classrooms for with 50 set of pupils’ seat.

The proprietor of the school is given monthly allowances and occasional seminar. Also two teachers for Mathematics, English and Hausa Languages are posted to the school. .

The Tsangaya Model II and III have no curriculum, no limitation of the number of the pupils to enrol. They are said to be operating in their traditional form, the Almajiris still go out for street begging because the intervention did not make any provision for the pupils.

For the Tsangaya Model I, it is operated like any other boarding primary school and there are seven of these schools across Jigawa State.

Every one of this school is said to enrol a maximum of sixty pupils annually under which two children are selected from each of the 27 LGAs of the state.

The federal government built two boarding and five day Tsangaya Model I Schools but the state government converted the five in to boarding like other two.

The model I is fully integrated and run under State Universal Education Board, they have a designed curriculum, and their pupils do not go out for street begging as government takes care of their feeding, medical treatment and school uniforms.

The state deputy coordinator, Tsangaya school, Salisu Hayyo Roni revealed that, they are conducting interview to ensure the children to be enrolled in to Tsangaya Model I are purely Almajiri pupils who are not attending any formal school.

Speaking also, one of the Alarams whose school was integrated under Tsangaya Model II, Mustapha Shehu, said that UBEC has given him over N4 Million which was used in building two classrooms, one staff room and the purchase of 50 sets of chairs.

Commenting on the Tsangaya programme, a public commentator and retired principal, Alhaji Garba Shuaibu, applauded the system but was quick to say that “it is too limited to address the menace of Almajiri Street begging.”

He suggested a better approach whereby the federal government would screen all the children and determine where they came from, while also building bigger schools across the centres, taking care of their feeding to achieve the desired goals.

Shuaibu added that the issue integration of Tsangaya into formal education is not something that can be completed in a day but requires huge resources, careful planning, political will and commitment from the authority, as well as cooperation and support from stakeholders and the community.

This report was done with support from Food Foundation and ICIR